What happens to your mortgage when you move? 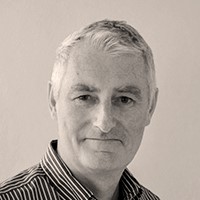 When you have a mortgage already, but you want to move house, what happens to your mortgage? This is a common question from our customers, wondering if they can keep their mortgage when they want to sell their existing home and move to a new one.

The answer is your mortgage is secured on your current property. When you move your legal representative will pay off your current mortgage in full. You will need to start a new mortgage if you are buying a new property, and you still need to borrow to do so.

If you have a mortgage but want to move to a new house, you should consider the following:

Unless you are on your lender’s retention rate, also known as standard variable rate in most cases, you will probably have some sort of deal on the rate, be it a fixed rate, tracker rate or a discounted variable rate. Having a deal will probably mean you are also tied into the rate until it’s expiry by way of early redemption penalties if you pay off any significant sum during the term of the rate. Typically, these penalties are between 2% – 5% of the amount you pay off.

This should not be confused with the ability to overpay your mortgage. Most lenders today will allow some form of overpayment during the term of any deal without incurring penalties. However, these amounts are small relative to the size of the mortgage debt and tend to be an annual amount up to 10% of the outstanding mortgage debt.

If you want to move whilst these penalties apply to your mortgage, you will incur any penalties that apply at the time of selling your home. However, if your mortgage is portable (most are but not all) you have the option to ‘port’ your mortgage to a new property.

Porting your mortgage still means your legal representative will pay off your existing mortgage and apply a new one to the new property. The lender, however, will rebate your redemption penalties and usually apply the same rate as your old mortgage to the new one for the balance of the term left on the rate.

Some lenders will insist that the porting occurs on the same day as the redemption of the old mortgage. Other lenders will allow a gap of between 3 to 6 months between the sale of the old home and the purchase of the new one. If there is a gap, the lender will charge the redemption penalties when the old property is sold and refund them on or shortly after the purchase of the new home.

What if I want a larger mortgage when moving to a new house?

If you are moving to a more expensive property and you need to increase your mortgage debt to do so, a potential complication with porting your mortgage is the rate applied to the top up mortgage amount.

This has the unfortunate side effect of meaning the rate end date of the top up tranche of funds almost certainly will not coincide with the end date of the initial, ported, rate. This effectively means you are simply deferring the date you incur penalties until you want or need to change lenders later on.

Reasons for wanting to change lenders later could be:

If you decide to change lenders having earlier ported an existing rate to a new property whilst at the same time taking on a top up amount of mortgage debt; you will probably be faced with either incurring early redemption penalties on the original ported tranche or the new top up tranche, or allowing one part of the mortgage to go to the lender’s retention rate (usually a higher rate than any fixed, tracker or discounted rate) while waiting for the rate to expire on the second part of the mortgage. Either way, additional costs are incurred.

Of course, you could be lucky and never feel the need to change your lender in the future!

Should I consider paying the redemption penalties instead of porting my existing mortgage?

If you are porting your rate to avoid paying early redemption penalties, you should also compare your existing ported rate with any new rates that may be available if you pay the penalties before you decide to port.

If you have held your mortgage for several years, and especially if you have had the same mortgage since before the 2009 financial crisis, you should check whether your mortgage has a conventional lender’s retention rate or a form of tracker rate for the term of the mortgage.

This type of arrangement is less common in recent years given the relatively low interest rate environment we have all become used to. However, up until the 2009 financial crisis, it wasn’t unusual for lenders to offer tracker rates after the expiry of the initial rate.

Tracker rates mirror changes in a public rate, such as the Bank of England base rate while standard variable rates are set by the lenders themselves and, as a result, are often higher than the tracker rates and may or may not change when public rates change (although they usually do).

If you are lucky enough to have one of these older tracker rate mortgages, serious consideration should be given to porting the mortgage even though there are almost certainly no redemption penalties that would be charged by the lender even though you may well be able to get a lower initial rate with a new lender. Of course, this assumes you are comfortable with the risk that interest rates could rise in the future.

As you can see, there are a few factors to consider when you decide to move home. Some of them are obvious, some are less so.

A good mortgage advisor will be able to help you understand the implications of all the options available and explain the impact of exercising these options both at the time of moving and in the future.

Get mortgage advice for your circumstances

If you are considering moving to a new home, but you need advice on the best options for your personal circumstances, then our experienced advisors are on hand to assist. Leave your details and we will be in touch for a no obligation discussion.